Apparently I’m now nearly thirty, which means I have to do all the things I’ve previously thought of as “grown-up stuff”. Don’t get me wrong, I’ve been masquerading as a fully-fledged adult for some time now, and when forced, I do the things other adults apparently do.

The fun stuff. Not the really big proper things.

Buying a house, getting married, reproducing…

But as thirty looms, life has decided I need to also do some of the REALLY BIG PROPER ADULT THINGS. Not all of them. I mean, come on. But I am hitting two of the big three in the next 200 days, which is both exciting and extremely scary.

We’re in the process of buying a house, and if that wasn’t enough, last month OH proposed.

We’ve decided not to hang about waiting to get married because buying and decorating a house isn’t enough to do at one time. We’re also starting work on a new venture, and we both have full time jobs.

With that in mind, I’ve been considering the future of this site. Reading and reviewing a book takes me approx 5 hours a week, which doesn’t sound that much, but that’s only if the book I read is appropriate for the site. It’s a big commitment but it’s one I enjoy. Since starting this site I’ve discovered new authors and found books I loved which I wouldn’t necessarily have picked up before. It encourages me to read a lot more, and it’s a really fun thing to do.

So I’m not shutting it down. I considered it, but no. I am going to have to dial back on posts for the foreseeable future, so it may be quite sporadic and certainly not every week.

If you do have any recommendations for books I’d love to hear them, and if you’d be interested in guest posting, for goodness sake please drop me a line using any of the links on the top right on the page!

You know what’s nice? Watching people who are good at things do them well. There’s something so utterly satisfying about it.

This is the reason I love watching the Olympics, the rugby world cup… less so the mens’ football world cup! I love watching shows where people make stuff, like glass blowing, wood working and mending cars.

Of course, it’s always a pleasure to watch Hercule Poirot go about deducting.

But there’s always something kept from the viewer/reader. Poirot is always held above – we don’t figure things out at the same time as he does, because we aren’t finicky little Belgians with a penchant for details. We’ve got jobs and messy flats, and hobbies beyond trimming mustachios.

The Lake District Murder doesn’t focus on superhuman personality and mighty little grey cells. Instead the reader follows the process of some good, careful, thorough policing.

When a body is found at an isolated garage, Inspector Meredith is drawn into a complex investigation where every clue leads to another puzzle: was this a suicide, or something more sinister? Why was the dead man planning to flee the country? And how is this connected to the shady business dealings of the garage? This classic mystery novel is set amidst the stunning scenery of a small village in the Lake District.

In contrast with the irrepressible personality of detectives like Poirot, Inspector Meredith is almost without personality.

He’s how I imagine a right and proper gent from the 30s.

He always stops for lunch, he’s always punctual, never complains and has a healthy respect for his bosses. He’ll go the extra mile to solve a case, not because he’s on a mission for justice so much as because it’s his job, so that’s what he’s supposed to do.

We follow Inspector Meredith and are party to his innermost thoughts, both when he thinks then and when he reports them, working with him as he extrapolates his findings and posits solutions. In spite of the dead body, this is such a low drama mystery, as gentle and meandering as the roads around the Lake District which he must traverse on his combination motorbike.

To compare this to the high-octane thrillers and American cop dramas I’ve been more familiar with, this probably reminds me most of Bones, both the tv show and the Kathy Reichs books. It’s methodical, it’s the complex made simple. The whodunnit aspect of The Lake District Murder isn’t a secret for long. We know for most of the book. The journey and the excitement comes from bringing the perpetrators to justice, in finding proof where there seems to be none, and all with careful, methodical thought and action. Gentle and uniquely satisfying, this book gave me the same kind of joy as watching Edd China replacing brake discs.

See how you feel about extremely thorough police work here!

I saw the later Harry Potter films before I read the books. One of the things which made me so excited to read them was to see how all that action in the final battle could possibly be described in words. 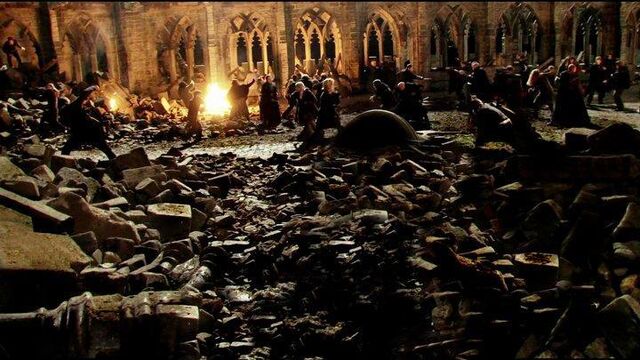 In big Hollywood blockbusters, once actions sequences take off, it seems to me that the screen is full of STUFF.

I don’t know how you would even begin to write that – the sense of a battle on that scale. And I can’t remember how it was written, only that my heart was beating fast and I raced through the words to find out what happened, even though I already knew.

I wasn’t expecting the same sort of thing from a legal thriller.

My knowledge of legal thrillers is extremely limited, I think I’ve probably watched a couple of films fitting that description (none of which immediately spring to mind). Does Making a Murderer count? Either way, new territory for me. I’m a bit of a fan of environmental documentaries though, so it was an easy way in to the legal thriller genre for me. 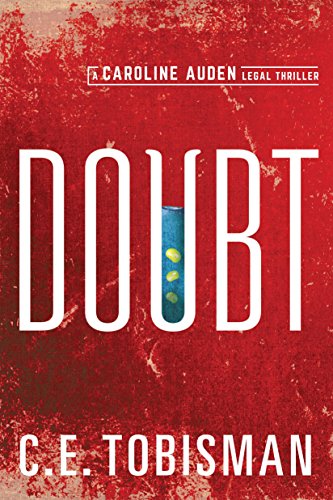 Ahhh, I see what they did with that U…

Doubt explores SuperSoy, a soybean spliced with a jellyfish gene to boost the protein. The healthiest members of society start eating it in their protein smoothies – vegans, vegetarians, fitness fanatics, those with dairy allergies. But a large number of them then suddenly develop degenerative kidney disorders.

Man. As a vegan (and therefore presumably invincible – thanks, Scott Pilgrim) I felt a personal interest in this book. Do tell me more.

When Caroline Auden lands a job at a top Los Angeles law firm, she’s excited for the challenge—and grateful for the chance to put her dark past as a computer hacker behind her. Right away, her new boss asks her to find out whether a popular GMO causes healthy people to fall ill. Caroline is only supposed to dig in the trenches and report up the ladder, but her tech background and intuition take her further than planned. When she suspects a link between the death of a prominent scientist and the shadowy biotech giant, she cries foul and soon finds herself in the crosshairs. The clock is ticking and thousands of lives are on the line…including her own.

Now this rookie lawyer with a troubled past and a penchant for hacking must prove a billion-dollar company is responsible for thousands of deaths…before they come after her.

The mystery starts right away with the death of one scientist just before the publication of a controversial research paper, and then the disappearance of his partner. The reader knows it’s murder – and therefore that the stakes are higher than Caroline realises right from the off. No doubt.

I’d say it’s a bit Da Vinci Code, as Caroline races around solving clues left to uncover the article in time to submit it as evidence.

She can hack any manner of computer systems. She’s got an addictive personality she scrupulously tries to reign in, (same!) and a burning desire to both prove herself and fight for justice. She’s extremely clever and she don’t take no sh!t from guys who think she can’t do stuff. She’s thoughtful, hard working and an altogether diamond gal. I like her.

As the stakes get higher and time runs our before the case goes before a judge, the tension really amps up. I found myself reading this, leaning right over my kindle and racing through the pages. I suddenly realised I could feel my heart beating in the top of my chest and hear the blood rushing around my ears.

The thing of it is, and I suppose the sign that tense, thrilling action sequences are well written, is that I can’t remember how it was written. I was swept away in what was happening, to the point where I forgot that I was supposed to be learning. While that isn’t necessarily great for me developing as a writer, it sure makes for a brilliant book. And the really good news? It looks like the first in a series. I’ll definitely be reading more as they come out!

Try Doubt here, and see what you think!